ATMS was proud to host the Wentworth Candidate’s Forum on Tuesday 2 October at the Hughenden Hotel in Woollahra. We would like to thank the practitioners and local community members for attending and creating a lively discussion with the candidates.

Why did ATMS host he event?

The seat of Wentworth has a by-election on 20 October that could change the balance of power and influence policy on future private health insurance reforms. Recently the Government has approved the removal of 16 natural therapies from the Private Health Insurance rebates, effective 1 April 2019.

Five candidates were in attendance, including Licia Heath, Angela Vitoulkhas, Dr Kerryn Phelps, Shayne Higson and Robert Callanan. Each candidate had the opportunity to present on their position on natural medicine, healthcare and small business, and were introduced by the ATMS Vice President, Trisha Mok who resides in the electorate.

Responses from the Candidates 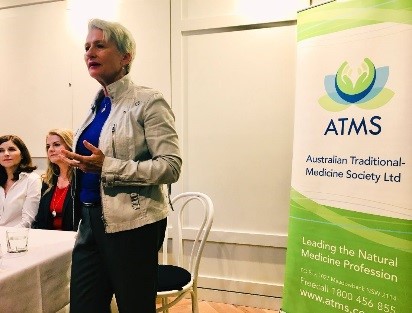 A supporter of continued inclusion of private health fund rebates for natural therapies, Dr Kerryn Phelps is an Integrative GP who supports the use of the best of evidence-based medicine for her patients, whether it’s conventional or herbal medicine. Clearly a highly competent professional with a significant background in representation having been a President of the AMA, Deputy Lord Mayor and City of Sydney councillor. In the Q and A, Phelps highlighted that as an independent she was prepared to guarantee supply for the government, but that she would work on improving poor legislation. She was also a strong advocate for current educational standards in natural medicine. 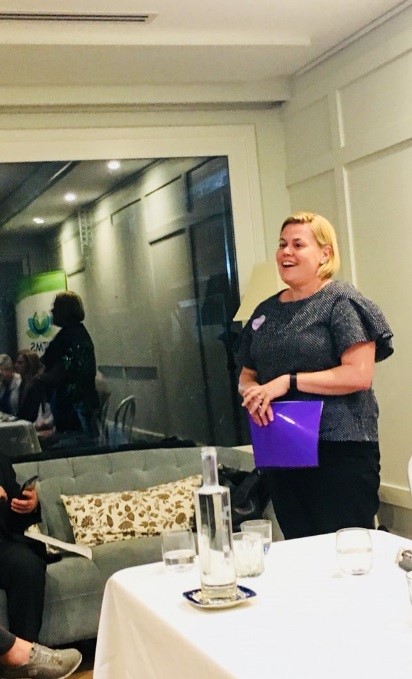 Licia Heath focussed on the unhealthy amount of vested and special interests in the current structure because of the emphasis on political donations. She highlighted that Pharmaceutical donations in aggregate are the second largest source of funding for the political parties. Apparently political donations aren’t required to be aggregated at this point in time and much greater transparency is needed. Licia Heath has also developed a short video explaining preferences which is well worth viewing given there are now 13 candidate in this by-election. 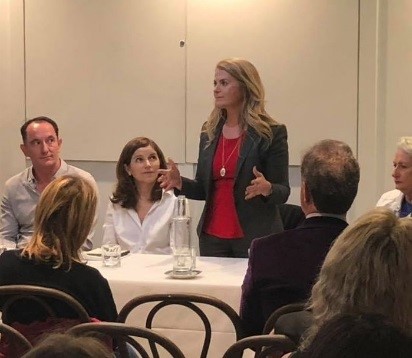 Angela Vitoulkhas is a strong advocate for Small Business and expressed an empathic understanding of the impact of unthinking government decisions on small business owners. Her own business Vivo Cafe shut after 17 years due to the protracted and as yet unfinished construction of the light rail. In the same way she saw the changes to Private Health Insurance with the removal of rebates for 17 modalities as cutting income for 28,000 small businesses without thought of the consequences to those business owners and their employees. 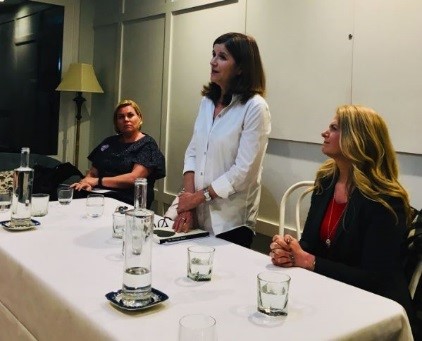 Shayne Higson of the Voluntary Euthanasia Party spoke eloquently of community support with 85% of voters agreeing that palliative care patients who are in chronic pain should be allowed to decide when they are ready to die. Her understanding of this issue was deep, having supported her own mother through terminal brain cancer.

Robert Callanan was opposed to changes which affected natural medicine whether it was removing rebates or removing the exemption for GST for naturopathic and herbal medicine consultations.

The candidates found common ground on a few significant issues, including unanimously opposing the removal of the exemptions for GST on naturopathic and herbal medicine consultations.

Peter Berryman, ATMS President wrapped up the evening noting that the sector is a hugely important contributor to the economy, accounting for 34,000 jobs across 28,000 small businesses as well as $4.7billion of supplement sales and 69.2million consultations annually.

Please support your local candidates by visiting their promotional pages below:

As independent candidates there is limited access to funding for their campaigns. If you would like to find out more or support the candidates who attended, please visit the links below.

Angela Vithoulkas, The Small Business Party, @clr_angela: An Australian politician, business owner and media personality. She has been a Councillor in the City of Sydney since 2012 and is an Independent candidate for Wentworth. http://www.angelavithoulkas.com.au

Licia Heath @LiciaHeath: An Independent candidate for Wentworth. She is the Director at Women for Election Australia, a non-partisan not for profit, advocating to lift the number of women in public office in Australia; in Local, State and Federal Government. www.facebook.com/liciaheathforwentworth

Shayne Higson @ShayneHigson: A candidate from the Voluntary Euthanasia Party (VEP) and will be contesting the vacant seat of Wentworth in the upcoming by-election.

Robert Callanan: An accountant for over 15 years, Robert runs and owns an Accountancy business. He has been treasurer of the Sydney United soccer club and was also a member of the army reserve for 5 years.