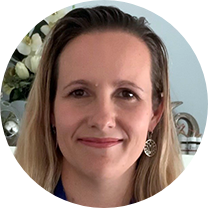 We are pleased to welcome Prue Eddie, Director and principle Osteopath at Koru Natural Therapies who will present at the 2019 ATMS National Seminar Series, focused on bodywork: Connective tissue dynamics: from health to disease.

Prue has been the Australian Course Co-ordinator for the Australian Research College of Osteopathic Medicine (ARCOM) and is a faculty and board member of the Sutherland Cranial Teaching Foundation of Australia and New Zealand.

In the lead up to the Sydney event, we had the chance to have a quick chat with Prue. Check out our Q and A for a sneak peek into our esteemed speaker.

How did you get into your area of expertise and why do you stay?

I was inspired to learn more about paediatrics while in my final year of studies as an Osteopath. During my first two years as a graduate, I went to work with a well-known practitioner in the field who teaches internationally. It was an opportunity to learn a lot and develop my special interest area and widen my scope of practice. Every time an opportunity arose to improve my clinical skills and knowledge presented itself, I took the opportunity to learn. This included lots of continuing professional development workshops, personal reading etc. In 2012, I was accepted into the Graduate Certificate of Neonatal and Paediatric Manual Therapy program at Victoria University.

Supporting them and their families towards improved health and function is interesting and rewarding. The concept that you are potentially improving the quality of their whole life (in some circumstances) is amazing. I love that I continue to grow and develop as a practitioner. Additionally, it is a pleasure to treat the whole family and see them grow and change over time.

What has been the main focus or outcomes of your research/work over the past year?

The past year has included lots of teaching and personal development. My practice has been undergoing a number of changes and there has been a significant emphasis on training our team. Sharing knowledge and skills is an important part of the journey as a practitioner.

I also have a particular interest in blood flow and nutrition to the tissues.

How has your field changed in the past 5 years? What new areas are emerging?

There has been a shift within osteopathy towards employment, rather than subcontracting. This is a significant change in how the workforce operates. The profession will double in the next 5 years, due to the current influx of training students within the universities.

Regulation for osteopaths has changed, with the new scope of practice being released with a significant focus on musculoskeletal practice. There is a shift towards the evidence-based medicine model, which comes with positives and some negatives. Being informed about the evidence base is important, however clinical experience is also an important part of the therapeutic process. Patients are individuals and their treatment should be tailored to their unique needs.

What do you predict will happen in the next 5 to 10 years in your particular field?

The need to pursue research as well as advancing technologies may allow for better understanding as to why practitioners get results in clinical practice that have otherwise been difficult to explain up until now.

What is the number one way we, as natural medicine practitioners, can make a difference for our clients?

Listen to the needs of the client and create individual treatment plans.

What’s the questions you get asked the most often in your field, and how do you answer it?

The most common question from outside the profession is “What’s the difference between osteopathy, chiropractic and physiotherapy?”

I’m an Osteopath and therefore I am best able to speak about osteopathy.

Osteopathy has its own unique origins and philosophy, with a focus on the body’s own ability to repair. The body must be considered as a whole, rather than a series of systems.  It is how the body works together as a single unit of function that is the most important. Osteopathy is defined by its philosophy rather than being a technique-based profession.

The founder of chiropractic studied in one of the first osteopathy programs, however, did not complete his studies. He started chiropractic shortly after, with an emphasis on the health and function of the nervous system.

Physiotherapy developed later and rather than focusing on a philosophy, it has traditionally been more technique-based.

All professions are registered with the Australian Health Practitioner Regulation Agency (AHPRA) and come under the banner of allied health. The training is lengthy university training for all professions. I know excellent practitioners in all these fields.

My professional idol is the founder of our profession, Andrew Taylor Still. Many of his insights about body function that he wrote about in his textbooks have been confirmed in the last few years with current research. This includes the role and function of the fascia, the cranial lymphatics (glymphatics) and movement of the sacrum, just to name a few

Prue Eddie will present at the upcoming National Seminar Series: Connective tissue dynamics: from health to disease in Sydney on 3 November and on the Gold Coast on 2 November.